This site was designed for the latest version of Chrome, Firefox, Safari, and Internet Explorer (version 10+). Some features may not work correctly in your browser. OK

Fiat have introduced a facelifted version of the Ducato, a large commercial van that will compete against the Mercedes-Benz Sprinter and the Ford Transit.

The bulk of the changes carried out to the third-generation Ducato are found up front, where the van gets a cleaner front end with thin headlights, a sharper radiator grille and a new bumper with two air vents that reduce its visual mass.

Interior pictures were not released but Fiat have said that they will offer three different trim levels including Classic, Tecno and Lounge. Regardless of which variant is selected, all models have more comfortable seats, an improved center console and Bluetooth connectivity. The model will also feature a new multifunction tablet holder that can hold everything from tablets to pads of paper. Range-topping variants will also come nicely equipped with an infotainment system, a rearview camera and GPS navigation.
Book a Test Drive
Vehicle Enquiry
Download Brochure
Accessories Brochure
See Offers
Fiat Site 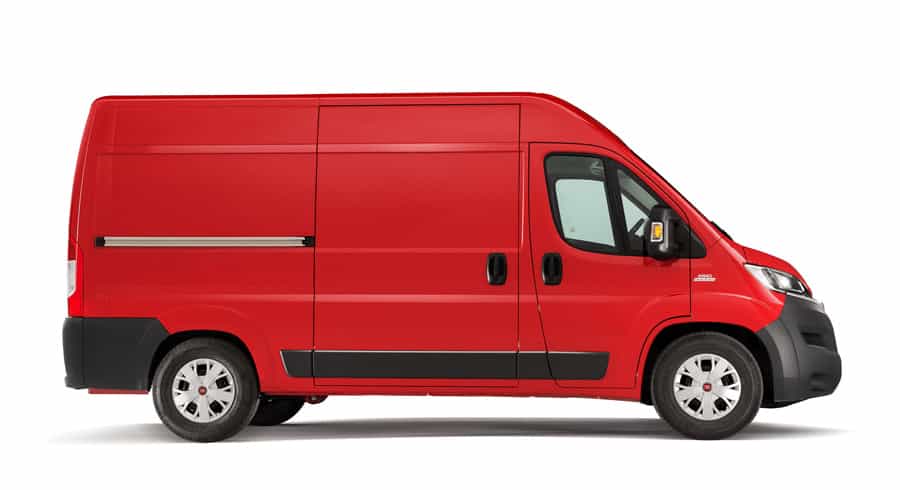 - Optimal position for their primary function and redesigned to seamlessly blend with the shape of the vehicle.
- Thanks to their new design, despite their compact size, they offer 40% more light efficiency.
- The (optional) LED DRL headlights afford greater durability, low energy consumption, reduced fuel consumption and a unique style

Larger and wider, it conveys a feeling of power and dynamism, and it was designed to:
- Grant improved access to the engine compartment
- Increase air flow
- Be sturdier and easy to replace. 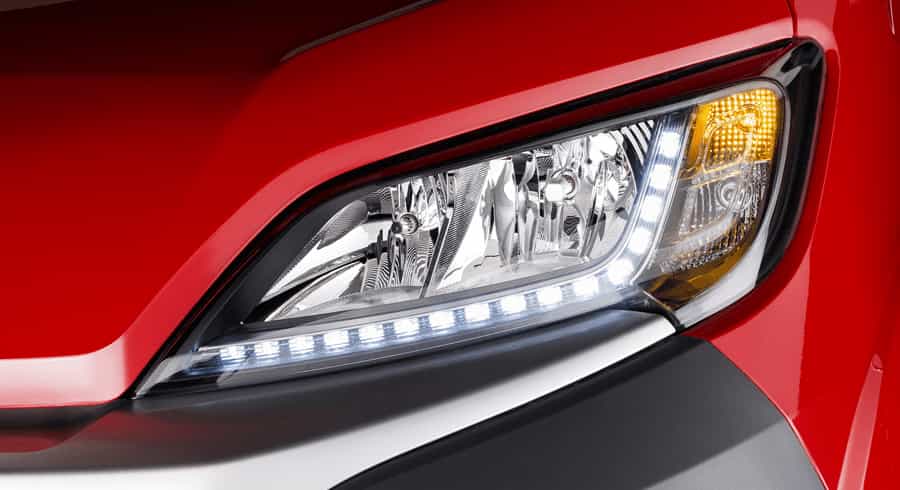 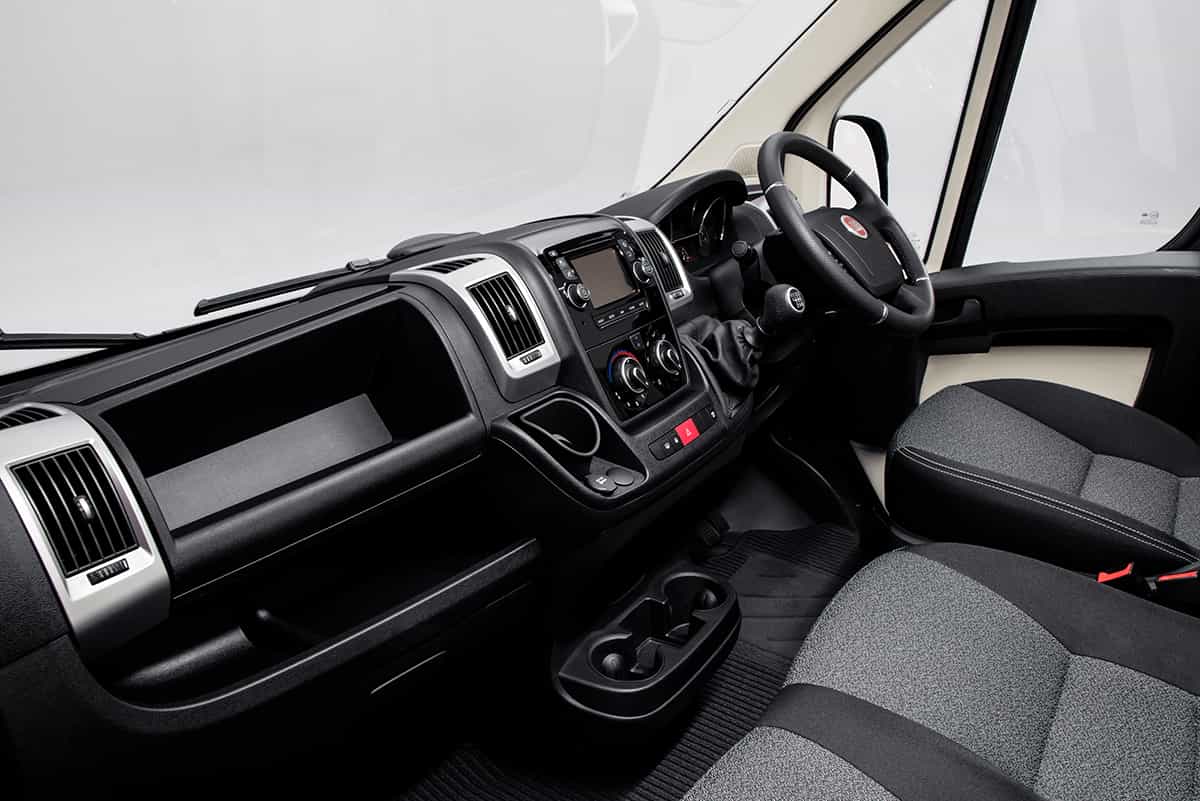 The driver's seat and the new dashboard

- The driver's seat is extremely adaptable: you can adjust the height and the lumbar area, move the seat backwards and forwards and adjust the position of the steering wheel, to ensure you always benefit from the most comfortable and correct driving position. It is equipped with an adjustable armrest. The seat can also be heated or sprung.

- The controls are all easy to reach and can be operated thanks to the ergonomically-designed dashboard with central console housing the new built-in radio, the practical tablet holder, a convenient cup or bottle holder or, alternatively, a large compartment which can be used to store a 15.6” laptop.

- The instrument panel, with white graphics on black background, has been designed to afford maximum readability and visibility of all the necessary information.

Now the cab is even more welcoming and harmonious with the grey fabric seat upholstery.

For everything you need at your fingertips

Desk with document clips: on the double bench version, the central section of the backrest folds down to create a convenient support surface complete with a document holder and two cup holders.

Cool box: roomy compartment at the top which keeps food and drinks cool when the air conditioning is in operation.

Cup Holder: a practical shelf designed to house two 0.75 cl bottles and a smartphone in an easily accessible position away from direct sunlight.

Alternatively, you can opt for a practical storage compartment with flap and key, large enough to store a laptop with a display of up to 15.6”.

Tablet Holder (being released shortly): one of the new exclusive features of the New Ducato. Owing to a unique design, it can hold any tablet or smartphone (with a display of up to 10”), in addition to a notebook. 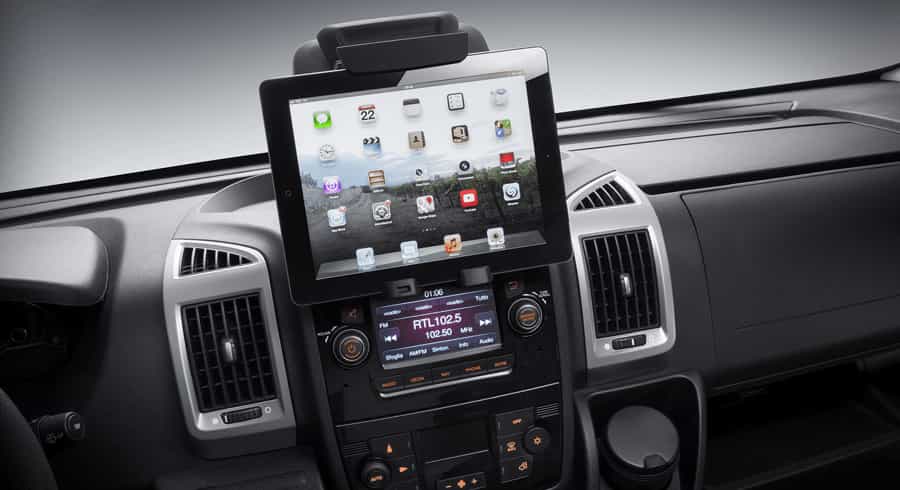 The automated robotised gearbox with 6 gears plus reverse.
- Improves performance
- Reduces consumption
- Makes driving less tiring, especially on journeys in heavy traffic
- Prevents inappropriate gear shifts
- The Up key makes the driving safer if the vehicle is fully loaded and on difficult terrain

You can enjoy the choice of 3 operating modes:
- automatic for normal driving
- semi-automatic to be able to change gear, while maintaining operation in automatic mode
- manual for fully customised driving

In order to guarantee maximum efficiency with a fully loaded vehicle or uphill, use the UP key, which optimises gear shifts and provides more thrust or brakes the engine depending on the circumstances.